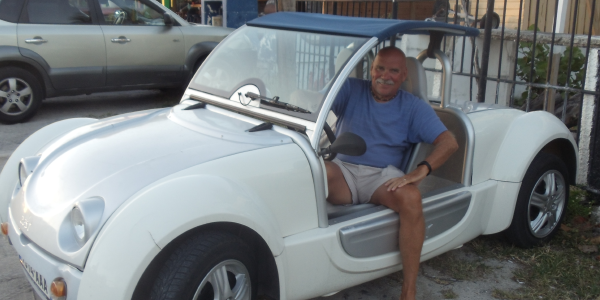 Ott hopes to influence student athletes as he was in 1968

Sparked by the 50th anniversary of the 1968 East Stroudsburg College Championship Football Team, many things got Bob Ott '70 thinking about including ESU in his estate plans.

Ott was a defensive end on that championship team, and in 2011, fellow player Bill Horvath '70 M'79 led the charge to create the 1968 Championship Football Team Annual Scholarship.

In 2019, these Warriors were inducted into East Stroudsburg University's Hall of Fame.

The ceremony got people talking. But what they were talking about was how to turn the annual scholarship into an endowed scholarship. Soon after, Ott made the decision to include ESU in his will.

Ott's aunt graduated from ESU when the school was known as East Stroudsburg State Normal School. To follow in his aunt's footsteps, she encouraged him to enroll. Football and Phi Sigma Kappa fraternity not only motivated him to stay but get a good education and develop great relationships which have remained intact today.

As an alumnus, the fond stories are numerous. One, in particular, Bob shared during Homecoming Weekend 2017 about losing a $20 bill on the West Chester College football field after the Warriors defeated the Rams in 1968. His dad had given him this money after the game. "Walk-around-money" as his dad called it.

"It wasn't until I got back to the locker room that I remembered I had lost the $20 bill," Ott said. Later that night, Gary Schoenberger '70 and I lay on the hood of my girlfriend's car, riding up and down the football field with the headlights on, looking for that $20.

Fifty years later, Lynn Dinan, wife of Bob Dinan '70, stood up and said she found a $20 bill after the West Chester game on the same field. The Dinans returned the $20 with interest to Bob, and he, in turn, donated it to the 1968 team scholarship fund.

Ott became a member of the 1893 Society by designating in his will a gift to support the 1968 Championship Football Team Annual Scholarship. The 1893 Society was established to recognize the thoughtfulness and generosity of alumni and friends who have remembered East Stroudsburg University in their estate plans.

"I have thought about the values ESSC has invoked into my life, and I hope that receiving this scholarship will help some other young guy receive the same opportunities I had," Ott said.

To learn more about The 1893 Society, please visit our website at www.esufoundationlegacy.org and click on The 1893 Society. You may also contact Shelley A. Speirs '92, Director of Major and Planned Gifts at 570-422-3758.